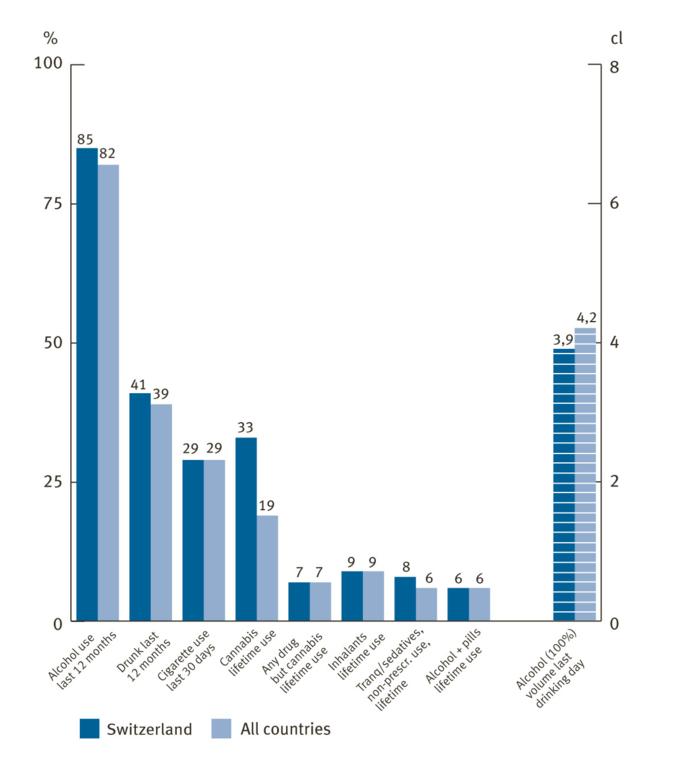 The results from Switzerland are all very close to the ESPAD mean except as regards the lifetime prevalence of cannabis use (33%), which is well above average. The majority (85%) of the students had used alcohol during the past 12 months and 41 percent had been drunk during the same period. The alcohol volume consumed on the latest drinking day was 3.9 cl 100% alcohol, which is rather close to the ESPAD mean. Almost one third (29%) of the students had been smoking cigarettes during the past 30 days. In contrast to cannabis consumption, the reported use of drugs other than cannabis (7%) equals the mean for all countries. Nine percent reported use of inhalants, eight percent had used tranquillisers or sedatives without a prescription, and six percent had combined pills with alcohol.